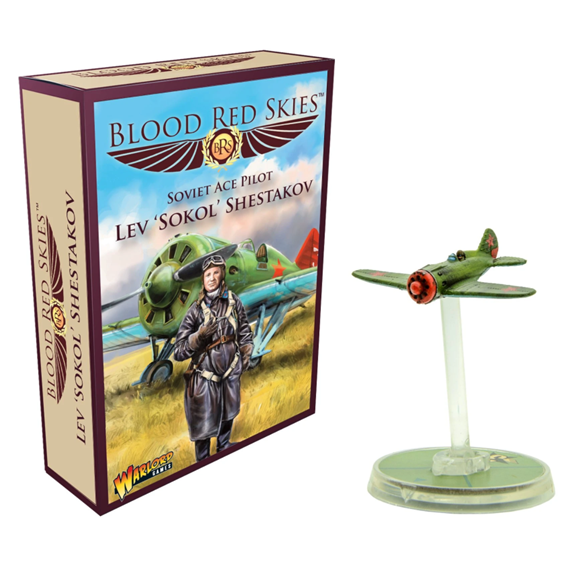 Shestakov graduated from military college in 1936 and immediately applied for service in Spain, joining a Republican fighter squadron, where… Read More

Shestakov graduated from military college in 1936 and immediately applied for service in Spain, joining a Republican fighter squadron, where he claimed eight solo victories and 31 shared victories in 90 sorties in his I-16.

At the start of Operation Barbarossa, Shestakov found himself on the Odessa front, where his regiment mauled the German and Romanian opposition, scoring 96 victories between all the pilots.

Towards the end of the war, Shestakov converted over to the LaGG-3 which he flew until his death in 1944 - reportedly fighting his own private war with Stuka Ace Hans-Erich Rudel.