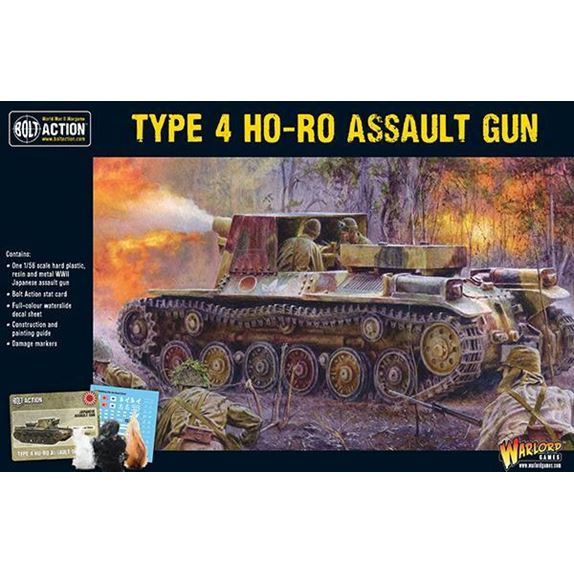 Inspired by German self-propelled guns the Type 4 Ho-Ro assault gun was based on a reinforced Type 97 Chi-Ha tank chassis. The Type 4 Ho-Ro mounted the Type 38 150mm howitzer. Surrounding the front of the howitzer was 25mm of armour plating – the open rear leaving the crew susceptible to close combat and shrapnel.

Rushed into service towards the end of World War II, the Ho-Ro was deployed in batteries of four vehicles. It saw action during the Philippines Campaign and during the American assault on Okinawa where it was heavily outnumbered by US artillery assets.

The Japanese did not produce any tanks of their own until 1929 and the first examples were versions of contemporary British and French models from Vickers, Renault and Carden-Lloyd. Experience in Manchuria caused the Japanese to use Russian armour as a model.

However, heavy armour played a minor part in Japan’s military strategy, and by the time her armies were obliged to face modern enemy tanks it was already too late. Such tanks as were available were lightly armoured and poorly armed compared to those used by the Allies.

If fielded in batteries of two a devastating bombardment will break an enemy defence in a matter of turns, force your enemy on to the back foot ready for your IJA troops to sweep in (mounted in their new Type 97 Trucks) for victory!