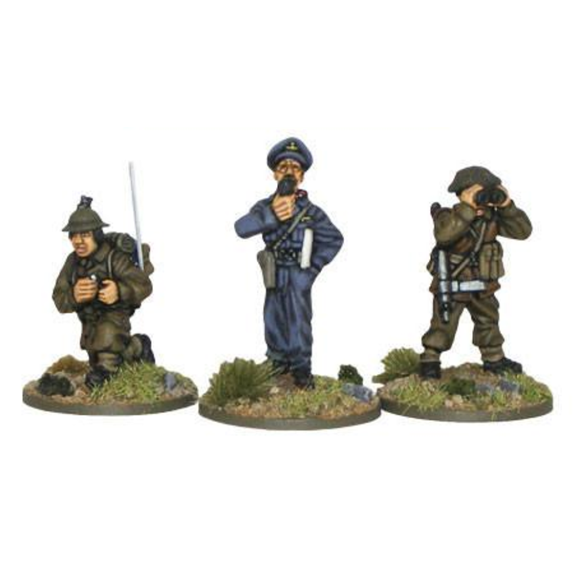 FOOs were assigned to a company or squadron of a battalion or regiment that their battery was supporting. In the… Read More

FOOs were assigned to a company or squadron of a battalion or regiment that their battery was supporting. In the British artillery system FOOs were always authorised to order fire commands to their own troop or battery, based on their assessment of the tactical situation and if necessary liaison with the supported arm commander.

From mid World War II some artillery observers were authorised to order fire to all batteries of their regiment, it also became the practice for some observers to be designated 'Commander's Representative' able to order fire to a divisional or corps artillery. Unauthorised officers could request fire from more than their own battery.

In World War II FOO parties were normally mounted in an armoured carrier, although those assigned to support armoured brigades usually had a tank. Initially a Stuart but in NW Europe usually a Sherman.