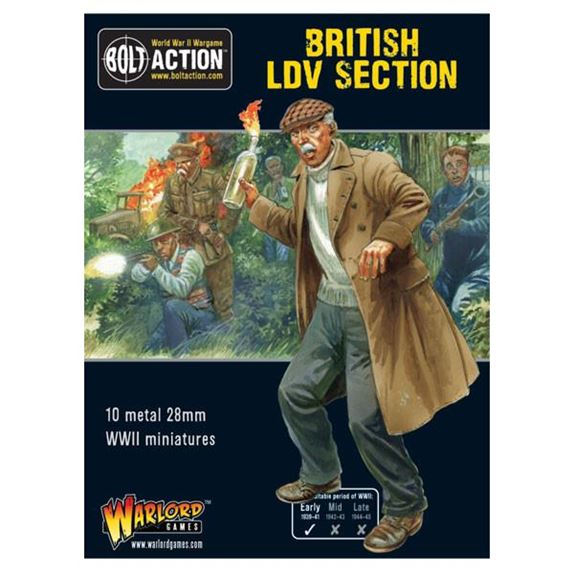 On 14 May 1940, Britain’s Secretary of State for War Anthony Eden made a broadcast calling for men between the… Read More

On 14 May 1940, Britain’s Secretary of State for War Anthony Eden made a broadcast calling for men between the ages of 17 and 65 to enrol in a new force, the Local Defence Volunteers (LDV) to defend the country against the expected German invasion of Britain. By July, nearly 1.5 million men had enrolled - far outreaching the 150,000 the Government expected to volunteer.

Beginning life as a rag-tag militia, the LDV initially had to make do without uniforms, wearing a simple armband bearing the organisations initials. The LDV similarly struggled for modern weaponry - shotguns and improvised weapons such as golf clubs, crowbars and industrial tools were not uncommon. The LDV evolved into the Home Guard, becoming a well-equipped and well-drilled force.

Disparagingly referred to as ‘Look, Duck & Vanish’, the LDV were renamed to the more inspiring Home Guard. Although the German invasion of their country didn’t materialise this proud people’s army - the original ‘Dad’s Army’ continued to stand until it was disbanded in late 1945.