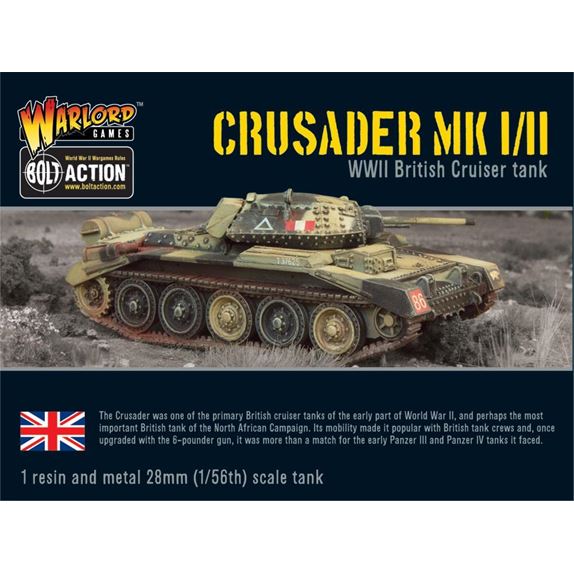 With war clouds gathering, the British general staff ordered the acceleration of their cruiser tank programme - fast. reliable and reasonably armoured fighting vehicles that exploit weak points in the enemy lines and spearhead breakthroughs. One of the successful designs was the Tank, Cruiser, Mk VI Crusader, more commonly known simply as the Crusader.

Armed with a 2-pdr main gun and later upgraded to a 6-pdr, it also had a co-axial machine gun. The Mk I carried a small hand-traversed turret armed with a Besa machine gun in the front hull although this was often removed or left unmanned by the unimpressed crews of the Mk I and Mk II.

The Mk I and Mk II variants of the Crusader primarily saw action in the Western Desert where they would symbolise the British armoured formation in the desert, with their speed lending themselves so well to the highly mobile nature of the war in the desert and the traditional cavalry tactics the British employed.