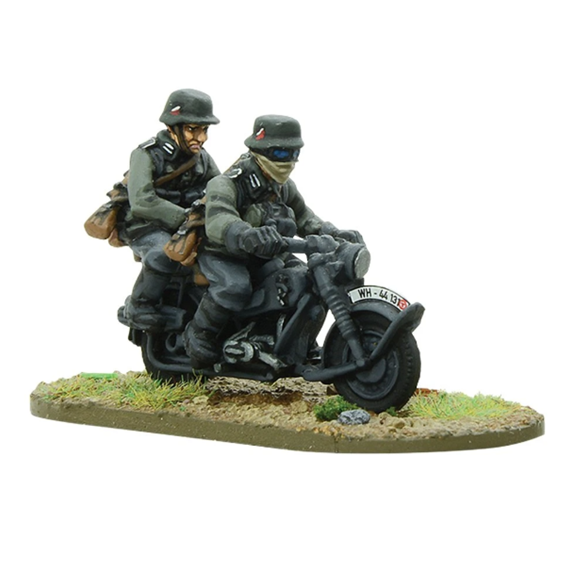 Kradschützen, or motorcycle troops, were a common part of German Panzer Divisions until 1942, by which time they had largely… Read More

Kradschützen, or motorcycle troops, were a common part of German Panzer Divisions until 1942, by which time they had largely been replaced by Panzer grenadiers mounted in armoured carriers. Their manpower was often recruited from former cavalry units. Although transported on BMW and Zündapp motorcycles (usually with sidecars), these units dismounted to fight. Their missions were to rapidly outflank the enemy, seize forward areas and act as fast reconnaissance units.