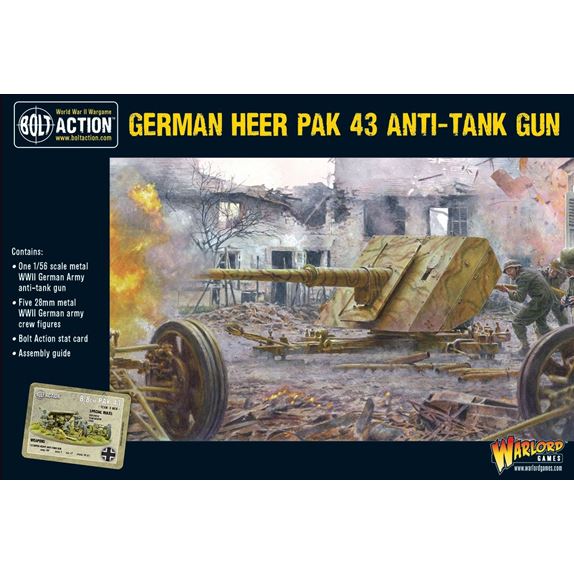 The Pak 43 was the most formidable German anti-tank gun used in significant numbers during the war and one of the most dreaded weapons to be found on the battlefield. This was a version of the same high-velocity 88mm gun that equipped the Tiger II, and it was easily capable of penetrating and destroying even the most heavily armoured Allied tanks, including such monsters as the Soviet IS-II.

It was a very heavy weapon and early versions were fixed to a stable cruciform mount much like the Flak version of the weapon. However, by the late war, this had been augmented by a split-trail wheeled carriage – a version known as the ‘barn door’ from the appearance of the gun’s large, flat gun shield.

This stunning 28 mm model contains all the parts required to build 1 metal Pak 43 anti-tank gun with its 5 man crew, plus its Bolt Action data card (base not included).