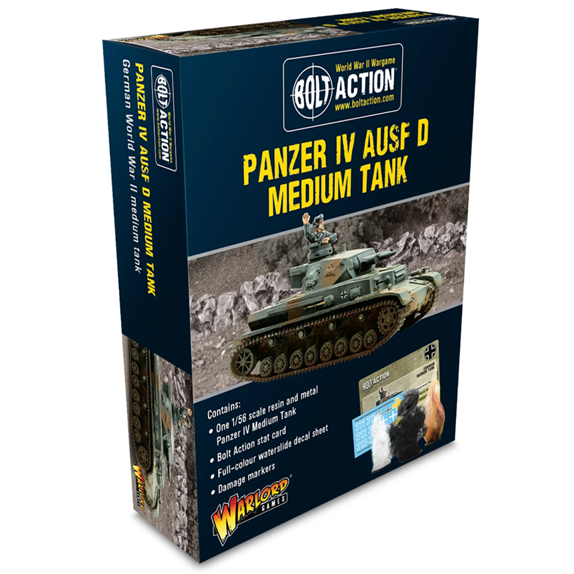 The Panzer IV was also developed before the start of the war, as a 20 tonne chassis to carry a… Read More

The Panzer IV was also developed before the start of the war, as a 20 tonne chassis to carry a 75mm howitzer for close infantry support. It was the largest German tank at the onset of war, and the earliest mark, the Ausf A, saw combat in Poland and France. Like the Panzer III, it would also see a lot of development throughout the war, reaching its finals marks, the Ausf H and Ausf J, by the later years. The Ausf A was developed into the Ausf B, C, D, E and F, all with minor improvements to the engines, suspension and so forth, but fundamentally it remained the same tank. Only with the arrival of the F2 and the addition of a long 75mm high-velocity anti-tank gun did the Panzer IV become a tank capable of taking on enemy tanks of the time. The F2 (known as ‘the Pz IV special’ to Allied forces in the desert) evolved into the G (the same vehicle in effect), and the G evolved into the H with the addition of a slightly improved L/46 75mm gun and better frontal armour. The H would become the standard battle tank, until the final Ausf J was developed, but this only had minor changes, such as the improvement of the gearbox and of the turret roof’s armour. If any tank can claim to be the ‘standard’ battle tank of the German Army then it is the Panzer IV. It was not well-liked by its crews, who were often veterans and very aware of the tank’s drawbacks. They nicknamed it the Sardinenbüchse, ‘Sardine Tin’ due to its relative lack of armour.

The principal service of the D variant was between 1940 and 43. For the purposes of Bolt Action, it is armed with a turret-mounted light howitzer with co-axial MMG and a forward-facing hull-mounted MMG.