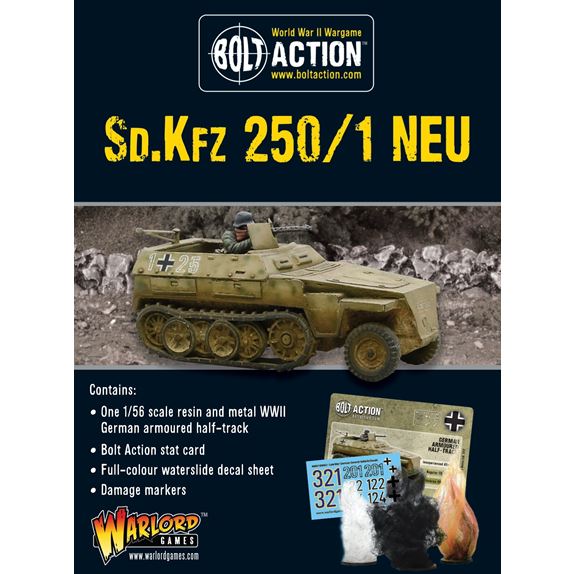 The Sd. Kfz (abbreviation for the German word Sonderkraftfahrzeug that means special motor vehicle) 250/1 was a reconnaissance and transport… Read More

The Sd. Kfz (abbreviation for the German word Sonderkraftfahrzeug that means special motor vehicle) 250/1 was a reconnaissance and transport vehicle mainly used by scouts and HQ units.

The vehicle was a shortened version of the Sd Kfz 251 Hanomag and came in many variants fulfilling many different roles like cable carriers, ammunition carriers and radio carriers. It carried six men including the driver and the co-driver and was armed with a pintle-mounted MG34 machine gun.

Our model represents the “Neu” version of the vehicle that was in use from 1943 onwards in most theatres, however the model can also be used to represent the earlier version in operation since 1941, as it was not too different.