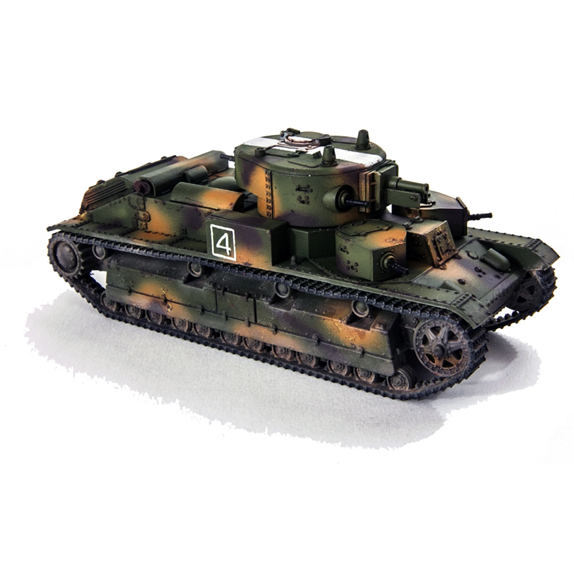 The design of the T-28 was heavily influenced by the 1926-vintage Vickers A1E1 Independent tank and in 1933 it was one of the first true medium tanks to enter series production anywhere in the world. It featured some advanced features for its time, such as an anti-aircraft machine gun and a radio fitted as standard. However, the T-28’s armour protection and suspension were sub-par while its multi-turreted layout made it vulnerable to damage. Many of the T-28s in service in 1941 were lost to mechanical breakdown and the remainder fared poorly in combat with more modern Panzers. It vanished entirely from the frontlines by the end of the year. Due to its thin skin and poor design, we rate the T-28 in Bolt Action as having armour equal to a light tank.

This 28mm (1/56) scale resin cast kit allows you to equip the tank with either the KT-28 76.2 mm gun or the improved L-10 76.2 mm gun. The guns are interchangeable. This model kit is supplied unassembled and unpainted.