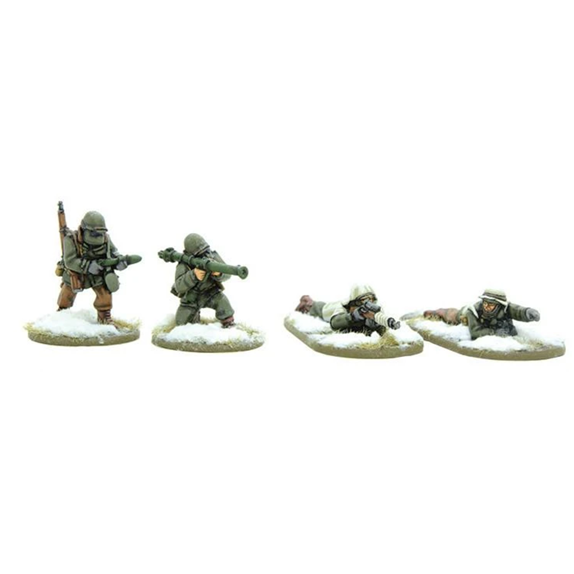 The American Bazooka was first used in North Africa and on Tarawa in November 1942. The first version (M1A1) had… Read More

The American Bazooka was first used in North Africa and on Tarawa in November 1942. The first version (M1A1) had two grips and a wooden support. By 1943 the new version was released which no longer had the front grip but had an improved electrical firing system. The final version was longer (1.55m) and improved the range from 200–250 yards to 300 yards. The M6 HEAT rocket could easily penetrate 76mm of armour at 30° or 110mm at 90°.

The tasks of scouting and sniping were similar in the American Army. In the US manual it was clearly stated that the duty of a sniper was to kill enemy officers in order to damage the morale of the enemy troops. They were equipped with a telescopic sight on a M1903 bolt-action Springfield rifle, and also had close-combat weapons such as pistols and SMGs with which to defend themselves if discovered. Both members of the team had sniper training so the role of spotter was interchangeable.