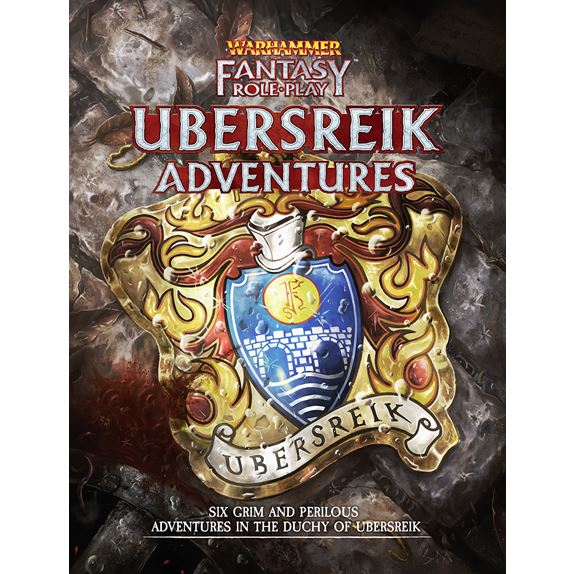 Welcome to the Duchy of Ubersreik, where the crisp march of State Soldier’s boots ring from the cobbled streets, while… Read More

Welcome to the Duchy of Ubersreik, where the crisp march of State Soldier’s boots ring from the cobbled streets, while behind closed doors old loyalties are tested. Opportunities abound, behind each door.

Six Grim and Perilous Scenarios in the Duchy of Ubersreik

These scenarios were originally individual digital only releases, but in response to customer demand we have combined the full line into a capstone, printed release. This includes the existing five scenarios, plus The Guilty Party, a tale of sabotage, intrigue and betrayal that can be used to transition an existing party out of Ubersreik and into The Enemy Within.

As an added bonus, selected tips, tricks, and outright threats are included to help link the adventures together. Options for more experienced Characters are also included, making these Grim and Perilous adventures all the more deadly.