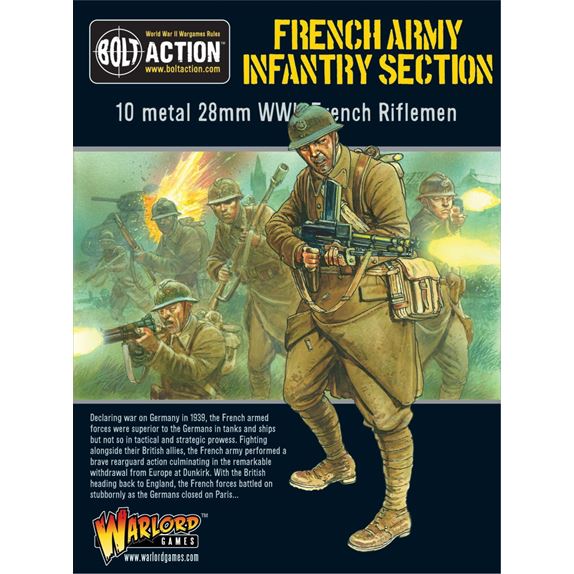 Declaring war on Germany in 1939, the French armed forces were superior to the Germans in tanks and ships but… Read More

Declaring war on Germany in 1939, the French armed forces were superior to the Germans in tanks and ships but suffered from outdated tactical and strategic doctrine at the highest level. Fighting alongside their British allies, the French army performed a brave rearguard action culminating in the remarkable withdrawal from Europe at Dunkirk. With the British heading back to England, the French forces battled on stubbornly as the Germans closed on Paris…

Although much has been written of the German armoured forces and the defeat of the British at Dunkirk in the dark days of 1940, far too little has been written about the gallant stands made by the French army.

The French army started World War II as the most powerful army in the world. Well-equipped, with excellent tanks and artillery, the infantry divisions were numerous and confident of fighting off the hated Boche as they had twenty two years before. This was not the same war though, and the French infantrymen found themselves all too often fighting off German armoured units which had outmanoeuvred them as the Blitzkrieg rolled across Europe.

It was for the honour of France and their regiments that so many Frenchmen dug in and fought it out against a more technologically and tactically advanced foe. By the time of the cease fire they had killed 27,000 Germans but had suffered appalling losses of nearly 100,000 dead and 250,000 wounded. Many brave Frenchmen went on to fight against the Allies with Vichy France, ensuring admiration and loathing in equal measure, whilst others would return to France with the Allied invasion in 1944 to reclaim their homeland…