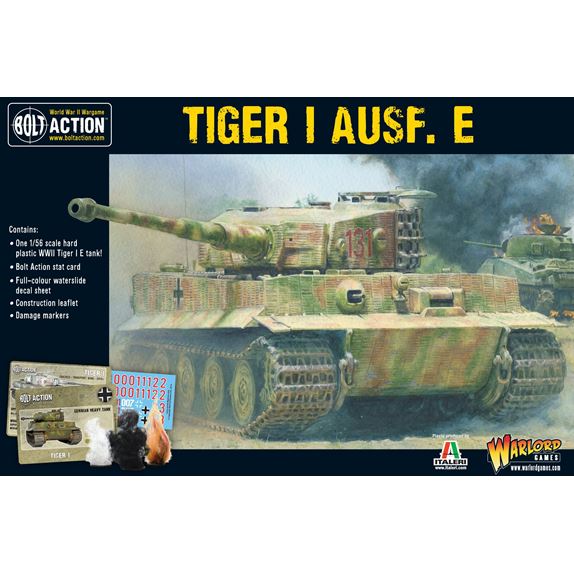 Amongst the most feared tanks in the Second World War, the mere mention of the name 'Tiger' was enough to… Read More

Amongst the most feared tanks in the Second World War, the mere mention of the name 'Tiger' was enough to cause panic amongst Allied armoured formations.

The Tiger was hurried into action on the Russian front as a response to the heavier Soviet tanks that had caught the Wehrmacht unawares. Its massive square body and rounded turret was an intimidating sight to enemy tankers. The armour was tremendously thick and made of quality steel, making it largely invulnerable, at least frontally, to anti-tank fire.

Its potent 88mm gun was a deadly weapon, effective against enemy tanks up to three kilometres and also firing a lethal high explosive shell.

At 52 tons the Tiger was sluggish but its broad tracks ensured a reasonable cross country performance. Its crews were specially trained as it was an expensive machine to build and maintain. A well trained veteran crew of five men could take on several enemy tanks with a reasonable chance of defeating them all, with little danger to the crew or tank.

Tigers were normally formed into separate heavy tank battalions and parcelled out by the high command wherever they were most needed, their presence normally being enough to tip the balance in that sector.