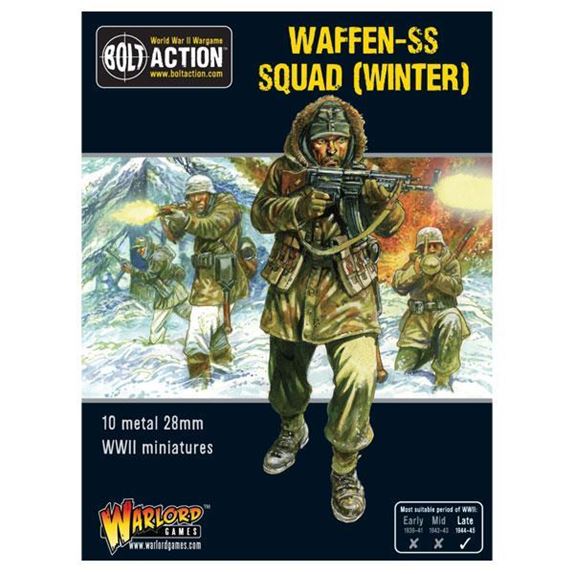 Always at the forefront of the fighting, the Waffen-SS were well-equipped, even as the supply of new materials and weapons… Read More

Always at the forefront of the fighting, the Waffen-SS were well-equipped, even as the supply of new materials and weapons became more of an issue for the Third Reich as Allied bombing campaigns pummelled German industry.

Armed with the best weaponry the Wehrmacht could field, the Waffen-SS fought with discipline and tenacity although they had little choice as they knew the enemy would give no quarter to their hated foe – SS troops being dealt with brutally, if captured.

Although the winter conditions are synonymous with the Ostfront, the operations in the Ardennes and Italy also saw troops in dire need of cold weather gear – the Italian winter in 1944 was the coldest for 150 years...

These figures are shown wearing a mix of the wool-lined M40 and fur-lined M43 parkas issued to Waffen-SS troops – the latter being available in grey, tan or Italian camouflage pattern.

This box set contains a 10-man Waffen-SS squad of which separates into: