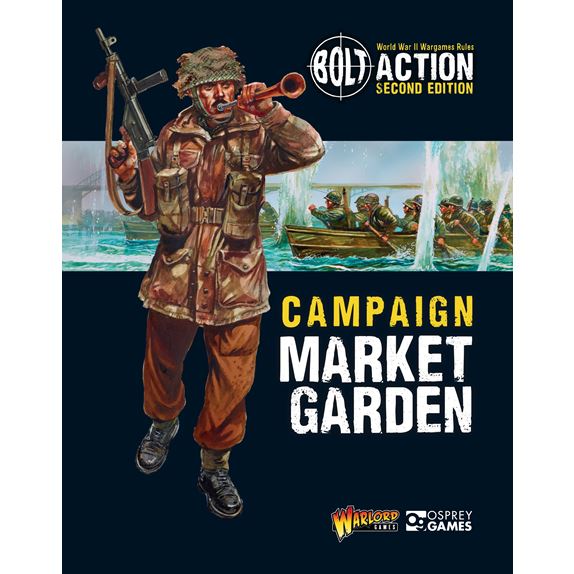 For Bolt Action players Market Garden has it all – daring attacks, determined resistance and heroic last stands by American, British, German and Polish troops ranging from elite veteran paratroopers to novices and from obsolete armoured cars to King Tiger tanks.

This volume covers a very short space of time compared to other Bolt Action campaign books – just a matter of nine days in September 1944 – and is focused on a much smaller geographical area; a single narrow route through the Netherlands rather than a broad sweep of very variable terrain across several countries.

The fighting was incredibly intense; you’ll find bullets, blood, bombs, and bravery in abundance. The Allies struggled to keep the road open and the Germans struggled to cut it, so both sides engaged in attacks and counter-attacks over the same ground and therefore faced the same challenges.

Inside Campaign: Market Garden you'll flow through 116 pages full of glorious content, history, stunning art and photography, new rules and units! Here's just some of what you can expect: