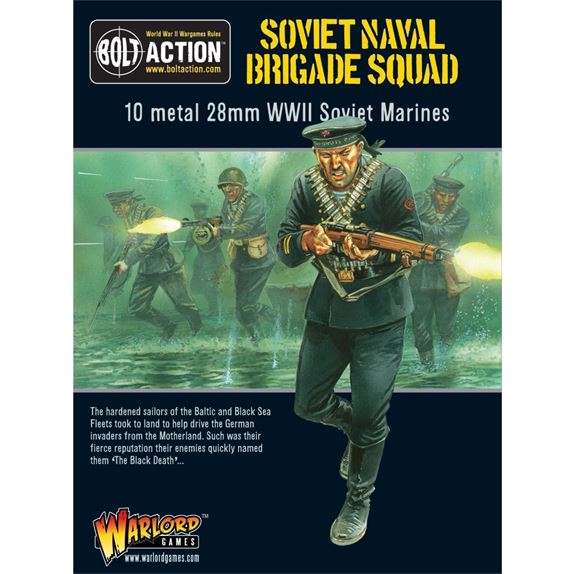 The hardened sailors of the Baltic and Black Sea Fleets took to land to help drive the German invaders from the Motherland. Such was their fierce reputation their enemies quickly named them ‘The Black Death’...

The Soviet Baltic Fleet and most of the Black Sea Fleet were bottled up in harbour by the German advance. In Leningrad, the ships of the Red Banner fleet became anti-aircraft platforms and long-range artillery for the duration of the siege.

This freed up large numbers of sailors to serve as desperately needed riflemen, often still dressed in their black naval uniform with its distinctive cap and striped shirt. The Germans called them the ‘black death’ because of their black or dark blue uniforms and their fearsome prowess on the battlefield.

In total, about 350,000 Red Navy sailors fought on land during the Great Patriotic War. A number of specialised naval infantry units were formed: 40 brigades and five regiments. They won a reputation for tenacity and daring both in defensive fighting and in coastal landing operations on the Baltic and Black seas.