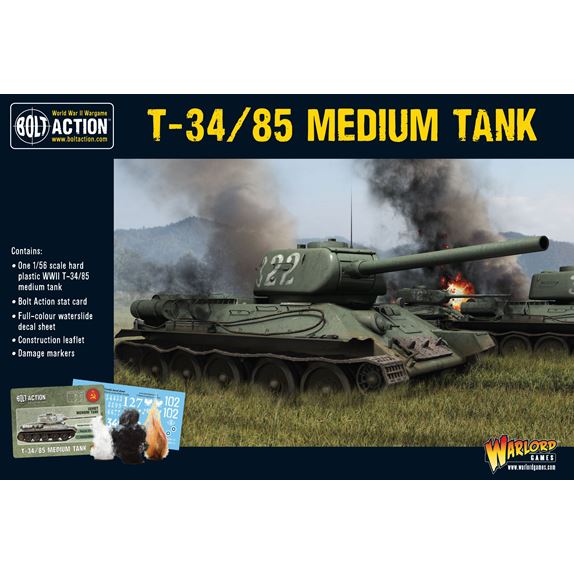 The T-34 series, with its sloping armour, changed the principles of tank design during the war. The sloping, angular layout… Read More

The T-34 series, with its sloping armour, changed the principles of tank design during the war. The sloping, angular layout of the T-34 increased the effective armour thickness and also saw a larger proportion of shells deflected away than penetrated its armour. The introduction of the T-34 into action saw German tank design follow suit with similarly angled armour on the likes of the Panther and King Tiger. As German tank design came to the fore, the Soviet war machine once again raised the bar with the T-34/85.

The T-34/85, the very symbol of Soviet military strength in the Second World War, had a new turret to house the more powerful 85mm ZiS gun. A supremely rugged and reliable tank, the T-34/85 had excellent off-road capability, especially in the marshland or snow of the Eastern Front, and was easy for the crew to operate and maintain.

The T-34/85's great strength lay in its adaptation of the T-34/76 tank design which preceded it. This ensured a far smoother and faster production line than would have been the case with a completely new design. Another major advantage of the relatively simple design is the sheer number of tanks the Soviet tank factories could produce - by the summer of 1944 the Soviet war machine could produce more T-34/85s in a month than the Germans had Panther tanks in the whole of the Eastern Front!

The T-34/85 would be used by many nations post-war. 120 were used during the invasion of South Korea in 1950. They proved highly effective in the early days of this action until newer NATO tanks arrived in theatre