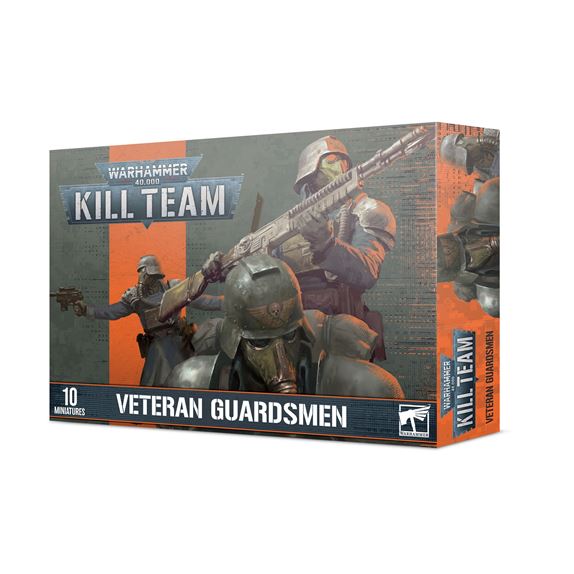 Imperial Guard regiments are often called upon to fight gruelling wars of attrition lasting years or even decades. As time… Read More

Imperial Guard regiments are often called upon to fight gruelling wars of attrition lasting years or even decades. As time passes, each company will shrink in size as casualties take their inevitable toll. Those that survive are the hardiest troopers in the Astra Militarum. Their battlefield prowess has been honed in the fires of war, forging them into warriors who have learned to fight and kill with lethal efficiency. Veterans are battle-hardened elites, the first squad into an assault, and the last to retreat.

This kit builds a unit of 10 Veteran Guardsman in the uniforms of the legendary Death Korps of Krieg, plus an extra Medikit model. The Veteran Guardsmen box is suitable for games of Kill Team, as well as Warhammer 40,000. One model can be built as a Sergeant Veteran, and nearly every model has a selection of weapon options, allowing them to be built for a variety of tactical roles. You can also build them as a standard Infantry Squad, armed with lasguns.

This set comprises 171 plastic components and is supplied with 12x Citadel 25mm Round Bases, and 1x Death Korps of Krieg Transfer Sheet.