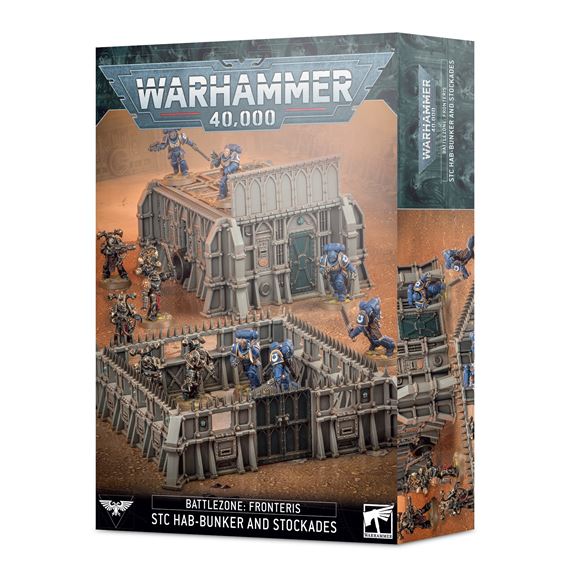 Build an immersive battlefield and wage war on a hotly contested frontier world with terrain pieces representing rugged Imperial structures – such as the STC Hab-bunker and Stockades. These armoured structures are an everyday sight amongst the brutal architecture of an Imperial border world, but become a vital source of cover when war envelops the planet. The STC Hab-bunker is particularly well-suited to sheltering fighters from the hazardous atmospheric conditions common to the frontier.

This kit is comprised of 38 plastic components, with which you can assemble one STC Hab-bunker, one Stockade with doors, and three Stockades. The modular nature of the kit allows for a variety of other build options – such as a one long Stockade wall integrated into the STC Hab-bunker, or an enclosed Stockade fort.