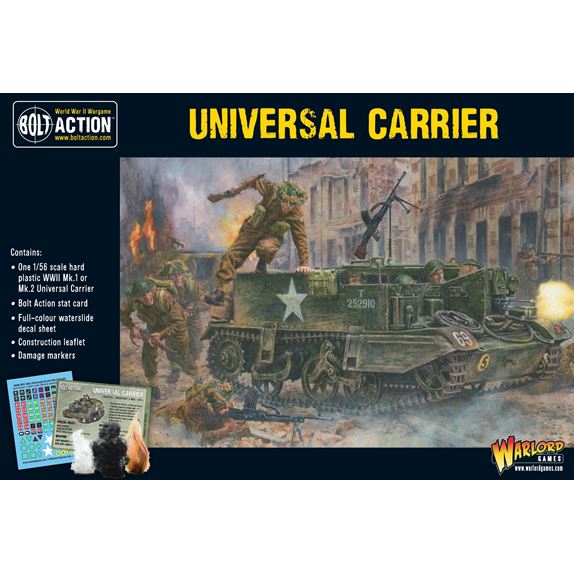 The Universal Carrier, or Bren carrier as it became popularly known, was just that a multi-purpose, tracked and armoured vehicle… Read More

The Universal Carrier, or Bren carrier as it became popularly known, was just that a multi-purpose, tracked and armoured vehicle that filled a whole variety of roles with all British and Commonwealth troops in every theatre of World War II.

Well-loved by the men they supported, they were used to ferry troops up to the frontline, to evacuate wounded, bring up supplies and ammunition and to conduct liaison and patrols. With some 113,000 units built in the UK and abroad, it was the most produced armoured fighting vehicle in history.

Universal Carriers gave terrific service for British and Allied forces throughout the war and also saw good use in the Soviet army. No self-respecting British Commonwealth commander would eschew these trusty carriers to back up his stoic Tommies

Our plastic carrier kit allows you to chose whether to build it as a Mk I or Mk II version as it contains parts for both!