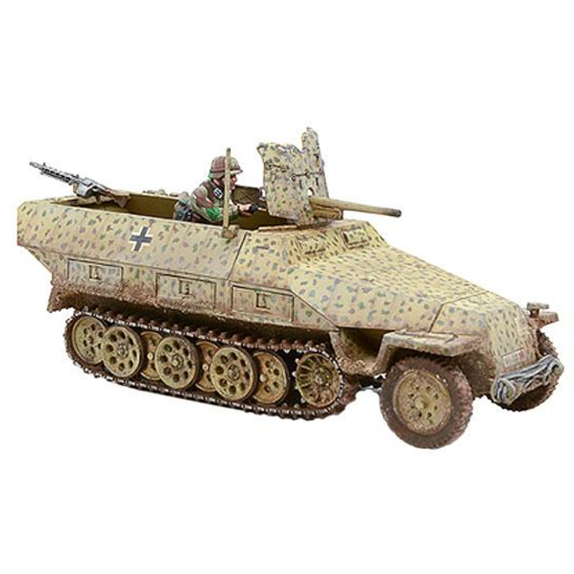 Panzergrenadier units in armoured half-tracks, trucks and field cars helped the infantry to keep pace with their armoured brethren. By… Read More

Panzergrenadier units in armoured half-tracks, trucks and field cars helped the infantry to keep pace with their armoured brethren. By the time of the invasion of Russia in 1941 the panzergrenadiers had equipped their troop leaders' half-tracks with the standard anti-tank gun of the day - the 37mm PaK 36. By replacing the front machine gun with this useful light gun the panzergrenadier units could rely on a modicum of fire support as they charged swiftly across the battlefield, supported by their platoon’s personnel carriers.

Although not the most potent of anti-tank weapons (its crews nicknamed it the 'doorknocker'), the PaK 36 was best served in a fire support role rather than anti-tank. More than 300 half-tracks were converted into Sd.Kfz 251/10 variants which saw battle in Russia and North Africa as well as in North West Europe. The D variant replaced the C's more complicated multi angled rear armour with a single sloped face, the command variant keeping the old but still useful 'door knocker'.