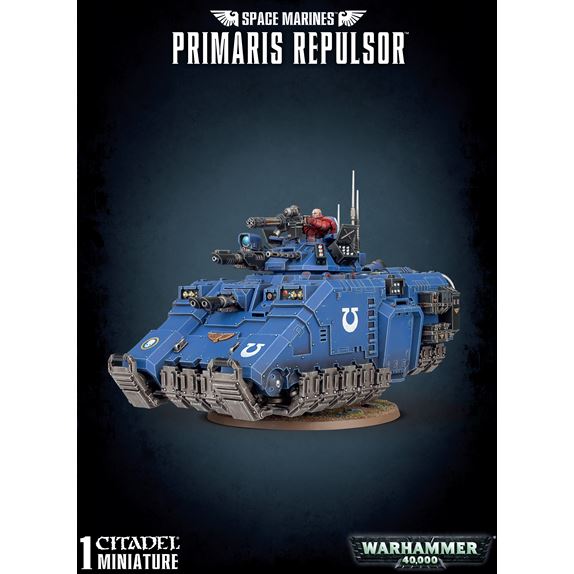 This multi-part plastic kit contains the components necessary to assemble a Space Marines Primaris Repulsor, an armoured transport not only… Read More

This multi-part plastic kit contains the components necessary to assemble a Space Marines Primaris Repulsor, an armoured transport not only capable of ferrying 10 Primaris Space Marines into battle, but also defending itself with the vast array of weaponry at its disposal. The Repulsor has a choice of:

The repulsor is also equipped with a pair of krakstorm grenade launchers and may take an additional ironhail heavy stubber.